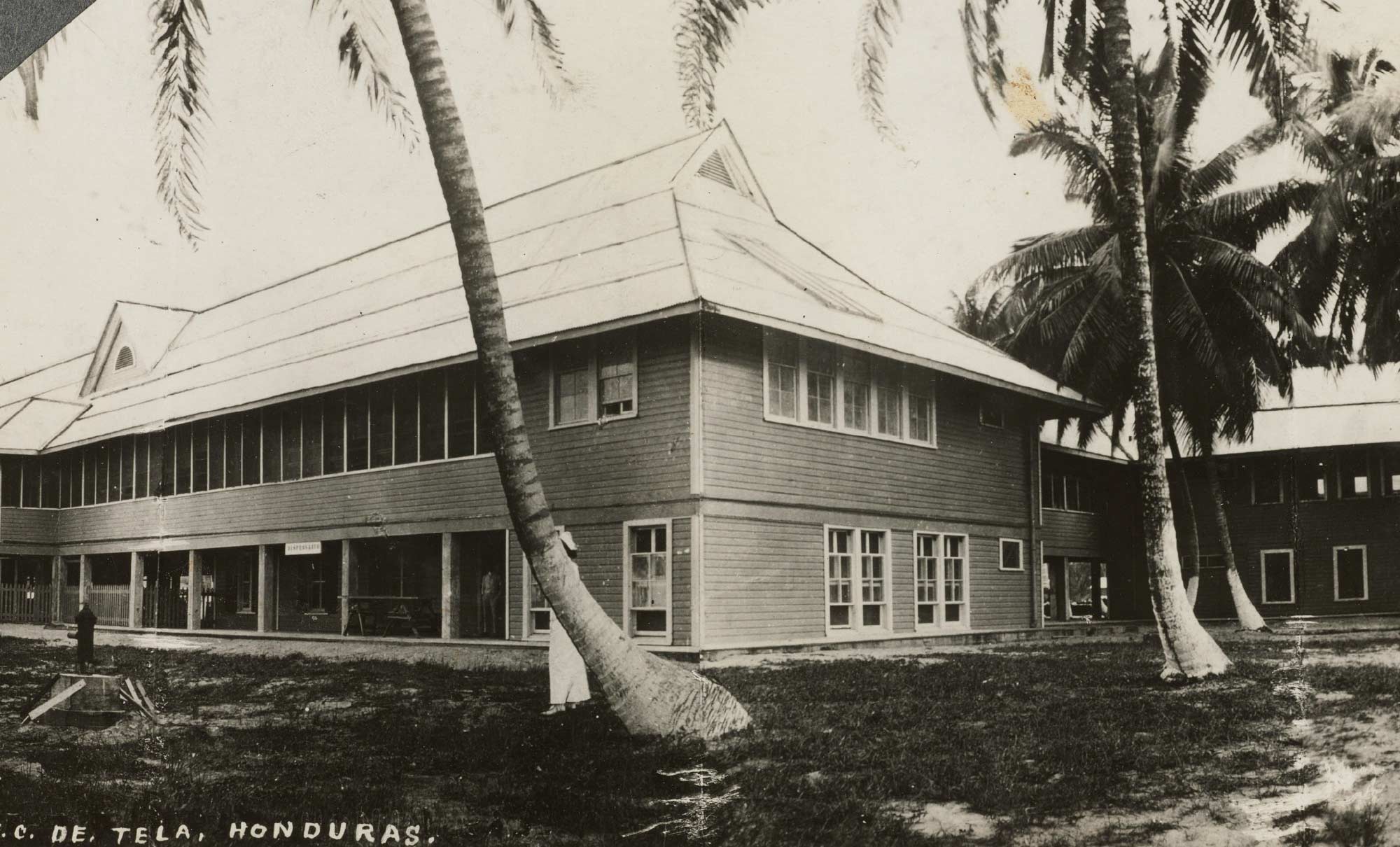 How race and ethnicity have been used to make bananas cheap

The focus of this interview is on how the commercial banana companies used race to divide their workforce.

Professor Glenn Chambers is the author of two important books that examine the distinctive experiences of black West Indian migrant workers in the banana export zones of Central America. His first book, Race, Nation, and West Indian Immigration to Honduras (2010), considered the ways in which these migrant laborers and their families negotiated cultural belonging in the Hispanic Caribbean by maintaining cultural ties to the British Caribbean. In his most recent book, From the Banana Zones to the Big Easy (2019), Chambers tracks the movement of West Indians from Central America to the Jim Crow South, and argues that “a distinct West Indian culture did not emerge in New Orleans” because racial identity superseded prior identifications with one’s homeland.

Who worked for the United Fruit Company?

The United Fruit Company was a U.S.-based multinational corporation that employed a diverse workforce in almost every level of its operations. In the United States, particularly on the loading docks in ports like Boston, New York City, and New Orleans, workers were largely Southern and Eastern European, African American, Irish, some West Indians, and other immigrant and migrant populations. This was low-wage, unskilled labor with little prospect of a sustainable livelihood. Throughout Latin America, the labor force often reflected the demographics of the countries the UFCo operated in and was comprised of people of various racial and ethnic backgrounds (local blacks, whites, mestizos, immigrants, indigenous people, Garifuna, etc.). West Indians, particularly in Central America, were a sizable workforce as well. Though never a majority, they were visible because of the types of jobs they performed. Despite the diversity in the labor force throughout the UFCo, the type of work people performed was highly stratified along racial and ethnic lines and helped to foster division. For instance, in places like Honduras, West Indians were employed largely in positions as overseers, managers, timekeepers, engineers, or other “white-collar” jobs. White Americans were employed almost exclusively in upper-level positions, with the occasional local elites. This is one of the complicated things about the various fruit companies in Central America. The labor force was always overwhelmingly local, or regional. However, the rewarding and upwardly mobile jobs were almost always in the hands of foreigners.

In Race, Nation, and West Indian Immigration to Honduras, you demonstrated that black West Indian workers sided with the United Fruit Company and the Standard Fruit Company in the major labor disputes, including the 1954 strike. Why was that?

West Indians sided overwhelmingly with the UFCo because the company created a labor system and racial hierarchy within its enclaves in which worker solidarity was nearly impossible to develop. For West Indians, the UFCo were the only ones who could theoretically guarantee their safety. West Indians were recruited from their home islands and contracted to work in Central America by the UFCo. There were several reasons for this. Because of the racist sentiments of the time, rooted in scientific racism, there was a widely held belief that people of African descent were best suited biologically to work in tropical climates. In addition to being of African descent and coming from the tropical Caribbean, West Indians were native English-speakers, educated within a British colonial system that reinforced Anglo-Saxon ideals and racial and class hierarchies. For the UFCo, they were a population that could be “controlled.” Because West Indians were contracted employees (didn’t see themselves as permanent settlers), most never bothered to learn Spanish or immerse themselves in the local culture. Many West Indians held similar beliefs as their American employers about the racial and cultural inferiority of the local Latin American population and promoted the superiority of Britain and its empire (of which they were a part). The racial and ethnic segregation within fruit company towns also limited West Indian interaction with local citizens. When labor discord escalated and a xenophobic nationalism emerged in many Central American nations, West Indians found themselves with very few friends. They were a targeted group seen as a foreign presence aligned with the Americans. Additionally, there was a culture of anti-blackness in Central America that dated back to the colonial era, so in addition to the previously mentioned cultural and ethnic issues, being black did not help the West Indians in the eyes of the local population.

What were the most crucial social and cultural practices that West Indian workers in Central America drew upon to maintain their identity?

The fruit companies developed company towns with housing for their workers. In Honduras, communities such as Barrio Ingles in La Ceiba and Watertank in Tela were designed to accommodate West Indians. In these communities, there were schools modeled on the British system, Protestant churches, and gathering halls for social functions. The companies also sponsored cricket (and later baseball) leagues and other sporting events. West Indians used all of these outlets as means to reinforce their distinct identity as Caribbean subjects of the British Empire. Some West Indians also sent their children back to the Caribbean or to nearby British Honduras (Belize) for education after primary school in order to have them live in the British Caribbean. One thing that stands out in some of the oral histories collected in Honduras is that during the school year, West Indian children began each morning with singing “God Save the King/Queen.” They also learned the geography of the British Empire. In looking back on their experiences, many West Indians in Honduras who grew up in the company towns felt more connected to London, Canada, or even the United States than they did to the rest of Honduras. In terms of the mentality of many West Indians along the Caribbean coast, London was much closer than the Honduran capital city of Tegucigalpa.

“The UFCo ensured that its leadership remained white while bringing in intermediary groups, such as West Indians, that served as a buffer between management and manual labor.”

Could you give us a sense of the relationships between black West Indians and non-West Indians of African descent in the banana-growing regions of Central America?

The relationships between the two groups were not overwhelmingly positive. There are always exceptions, but most West Indians viewed non-West Indians as outsiders and their culture as inferior. This was especially the case with the Garifuna population. West Indians adopted similar local narratives about the Garifuna as a “savage and inferior” culture. The Garifuna were black and indigenous, Spanish-speaking, practitioners of Catholicism and/or traditional spiritual beliefs, and lived largely in coastal villages in what was deemed “primitive” conditions. West Indians were of African descent, but saw themselves as British, Christian, and “civilized.” I would argue that being West Indian or British superseded racial identity. Organizations such as Marcus Garvey’s Universal Negro Improvement Association (UNIA) had a very difficult time establishing a foothold in places like Honduras. West Indian dependence on the fruit companies and their over-association with a British identity made organizing around blackness difficult. Of course, West Indians were aware that they were of African descent, but their cultural and national origins were most important. Unfortunately, this often meant that West Indians were not often aligned with African-descent populations, or other workers in general.

How did the United Fruit Company use race and ethnicity as an instrument to maximize profits?

I think it is difficult to point to a specific UFCo policy or action that the company used race and ethnicity in a calculated way to maximize profits. By designing a labor force that placed most of the local population in unskilled, lower-paying positions, using West Indians as middlemen (making them targets of local worker discord), and maintaining white Americans or Latin American elites in upper-level positions of power, the UFCo in many ways employed a business model that predated its founding. Many models of European colonialism, particularly in Africa and Asia, employed similar tactics, in which racial and ethnic discord were used to create a class of people that managed or governed subject populations as proxies for empire. The UFCo ensured that its leadership remained white while bringing in intermediary groups, such as West Indians, that served as a buffer between management and manual labor. However, I do think that UFCo was able to maximize profits by buying influence with local governments and ensuring that economic policy and legislation in the various countries in which they operated benefitted UFCo.

The UFCo did not pay taxes. Because the UFCo owned the plantations, railroads, shipping lines, and other transportation infrastructure to move their products, almost all of the profits from their Latin American operations were going back to headquarters in the United States. The company towns were built largely based on plans by U.S.-based designers. All of the food, clothing, entertainment, and leisure items purchased by workers in the banana enclaves were produced in the United States, arrived on UFCo steamers, and were sold in UFCo-supplied and -operated stores. If anything, the UFCo was good at practicing welfare capitalism in its enclaves. However, very little of the profits ended up in local hands.