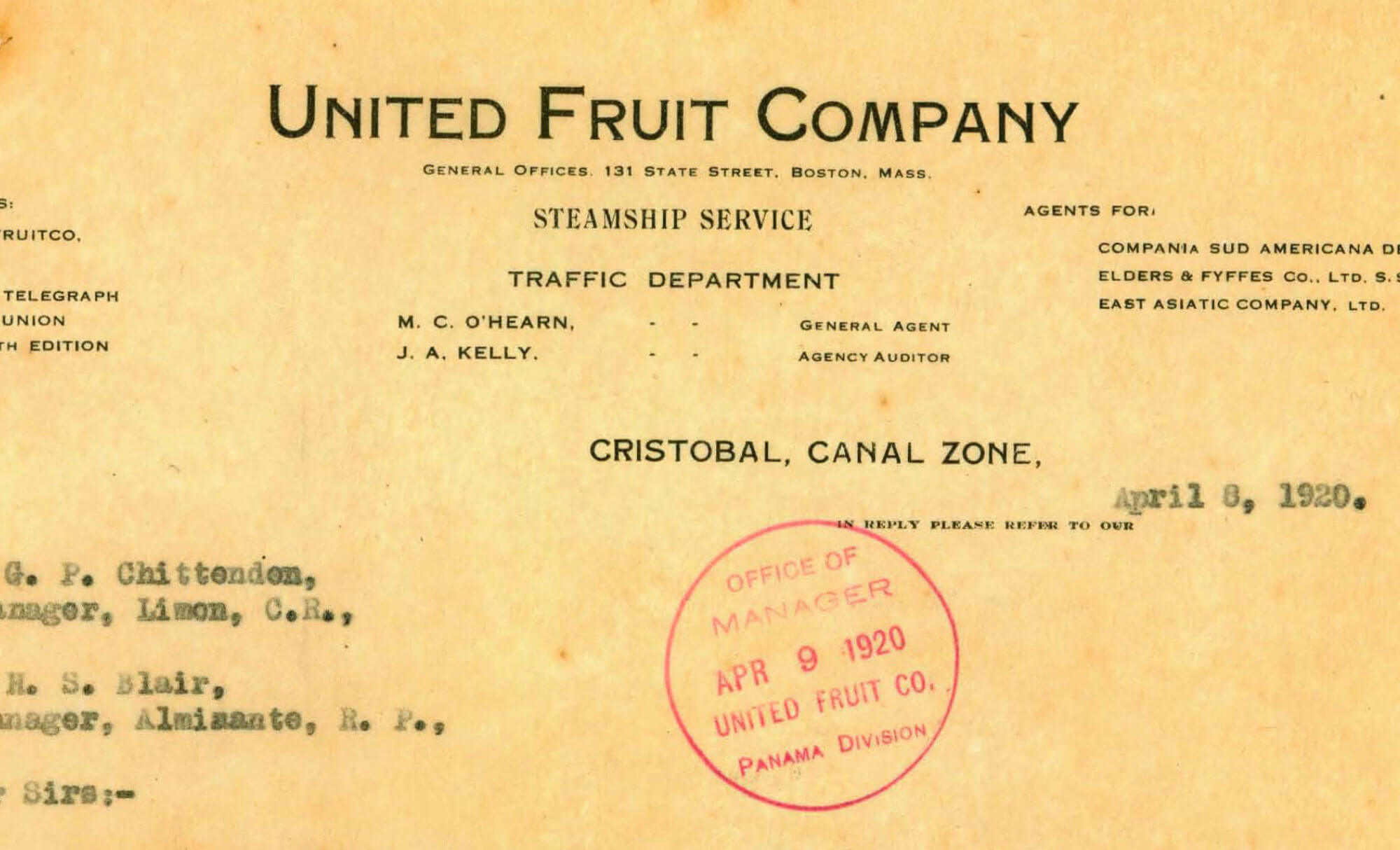 This collection contains nearly two thousand pages of documents generated by the United Fruit Company from about 1912–1982.

During the early 1980s, anthropologist Philippe Bourgois was conducting fieldwork on the United Fruit Company's plantations in Costa Rica and Panama. One day, an aging warehouse foreman pointed him to an attic full of papers that the company probably thought had been destroyed. Bourgois managed to salvage nearly two thousand pages from the tens of thousands of documents that filled “four to five dozen unnumbered, mildewed, and rodent-eaten cardboard boxes.”1

The archive consists of all of the original United Fruit Company letters, documents, and photographs that Bourgois rescued.

The University of Toronto Mississauga has preserved and digitized these documents to make them available to researchers around the world through the Visualizing the Americas digital humanities project.